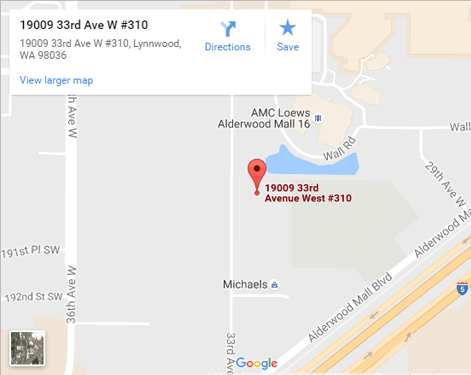 HOW CAN WE HELP YOU?

In some states, home insurance providers may be required to cover "catastrophic ground collapse." But this isn’t the case in Lynnwood, WA.

In Washington, insurance companies generally will not cover your home in the event of sinkhole damage because the policy is written to cover the cost of rebuilding the home. With no land on which to build, that’s easier said than done.

You can have sinkhole protection added to your home insurance policy in any state. But it is worth considering whether that’s worth the effort and the cost.

If you live in a beach home, sinkhole protection might make sense. In Lynnwood WA, we do see sinkholes from time to time, but chances are they’re not a major threat on your property. We did see a rash of sinkholes opening up across Seattle some years ago, but for Washington residents, sinkholes simply aren’t as prevalent a problem as they are in, say, Florida or Texas.

Even so, if it’s a concern, it’s worth talking to your insurer about. We don’t exactly expect anything that’s covered to happen. We don’t expect riots, we don’t expect fires. But we have to be prepared. And that’s why we buy home insurance, to make sure that we’re protected against likely and unlikely events.

If you have any questions or if you’re looking to get covered in Lynnwood, WA, get in touch with Sound Choice Insurance Inc. Whether you’re looking for complete and total coverage against all sorts of hazards, or you just want something basic in case of burglary and fire damage, Sound Choice Insurance Agency Inc is the sound choice when you want a good deal on a great policy.